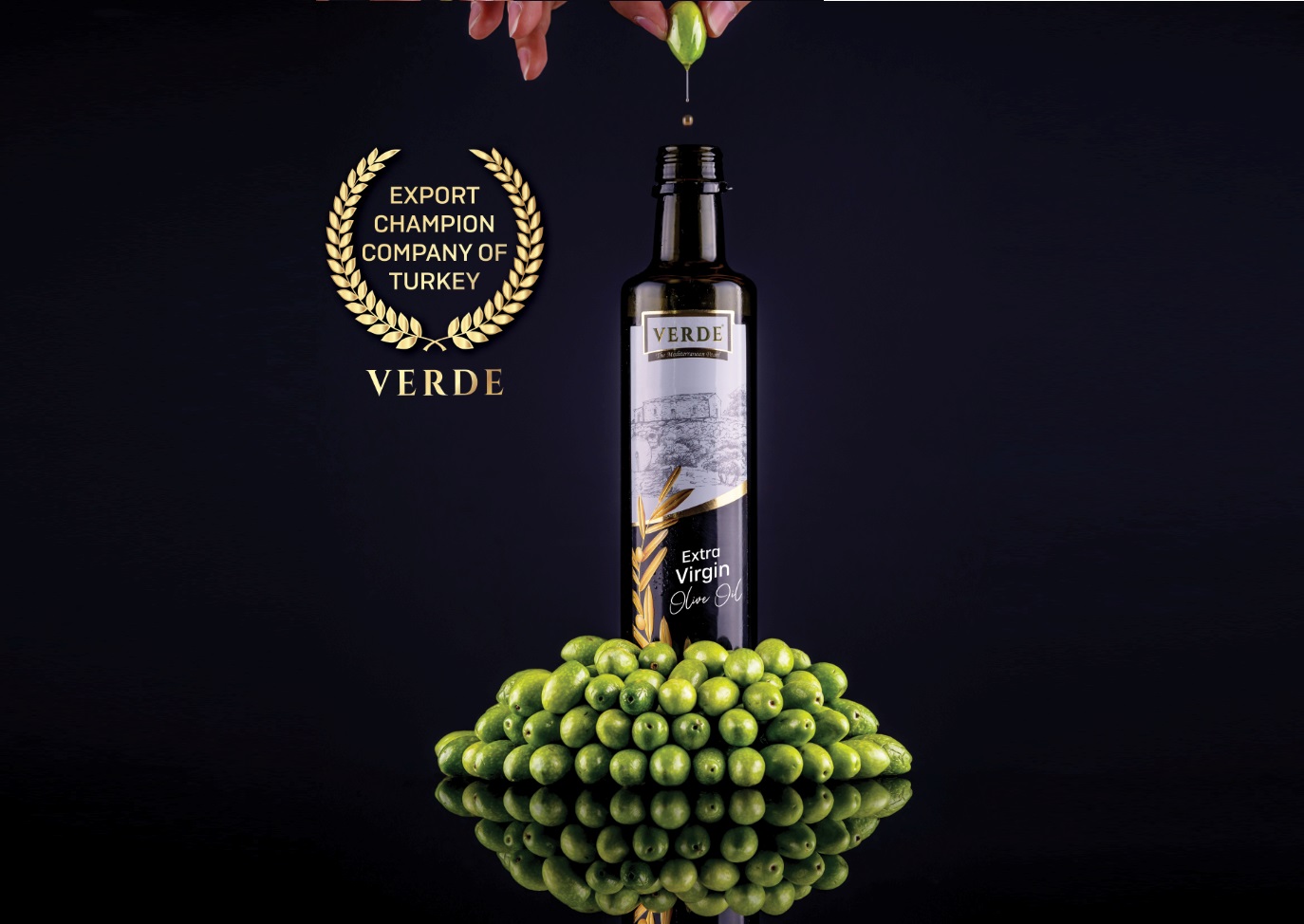 Verde, which has achieved many successes in its quarter-century business life, is known as the leading company in introducing Turkish olive oil to the world. Olive oil and olive-pomace oil is the oil Verde summit taking place in both the export of Turkey, it has added one more to their success.

Indicating that the export championship is among the targets of 2020 at the launch of the brand, Mr. İbrahim Başbuğ:

‘We are rightfully proud and happy to have achieved our goal. During the challenging pandemic process, we worked hard with our team and tried to contribute to our country as much as possible. Turkey, olive and olive oil industry in a very important position. Taking our country to higher levels is also part of our vision. When the company was purchased in 2018, we set our target as the summit and, accordingly, we started our investments without wasting time. This championship is also an indication of our correct investments. Our investments are still continuing. We began to be talked about with the brand name in the domestic market as we have our Verde is located at the peak of oil exports in Turkey. We continue on our way by getting stronger. " Stating that it was a success worthy of its 25th anniversary, Başbuğ said, "We believed in the fertility of our land, in the labor of our colleagues, in the love of our nation and we succeeded." completed his speech with words.

At the Top With Its Production Capacity

The 2020 olive oil export champion Verde Yağ was established in 1996 in Torbalı district of Izmir. The export giant, which celebrates its 25th anniversary and has many successes in its history, was acquired by TRK Group in 2018 and became the production leader in the olive oil sector in a short time.

Daily capacity of 350 tonnes of refined olive oil is Turkey's biggest open call, it has become one of the world's No. facility. TRK Group, the owner of the leading company, continues the construction of the facility, which will be one of the world's most extreme facilities in olive pressing.

Realizing its export targets in a short time, Verde also makes serious contributions to the Turkish economy and employment. Continuing its domestic market production without slowing down, Verde aims to be indispensable for Turkish cuisines besides serving Turkish olive oil to world cuisines.

With its renewed brand image, Verde is ready to celebrate its 25th anniversary.
The company, which has made many investments after its acquisition by TRK Group, is making an assert